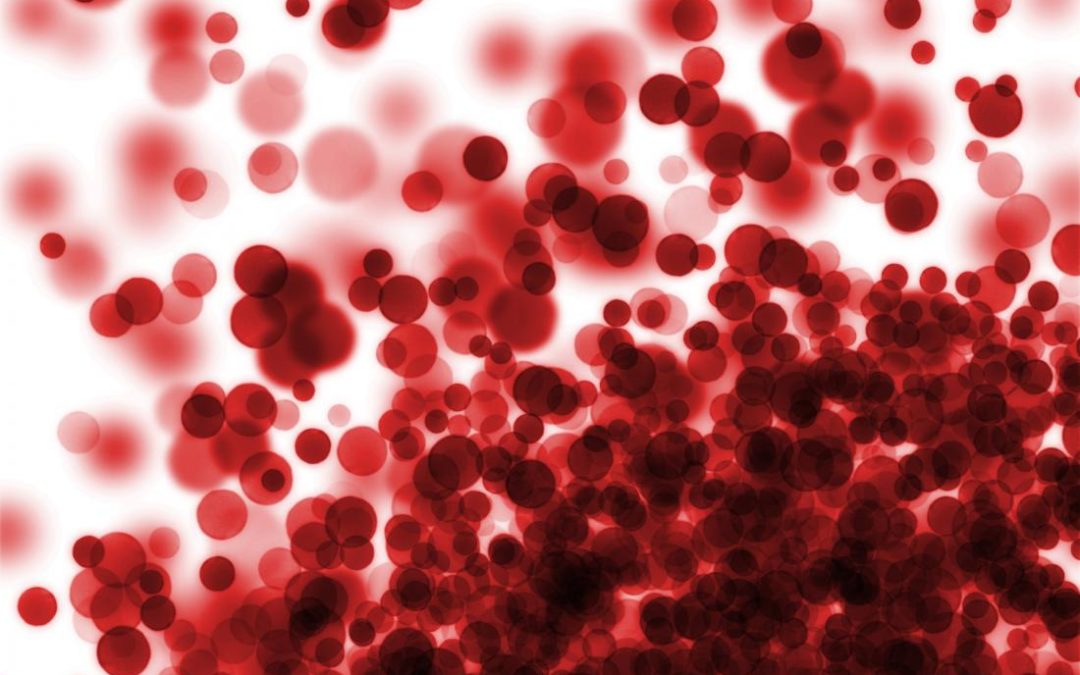 What are Erythropoiesis Stimulating Agents (ESAs)?

Erythropoiesis (from Greek ‘erythro’ meaning “red” and ‘poiesis’ meaning “to make”) is the process which produces red blood cells.

More than two thirds of patients with Myelodysplastic Syndromes (MDS) are anaemic at the time of diagnosis and about the same proportion of patients are known to have lower-risk disease as defined by the International Prognostic Scoring System criteria1 (IPSS).

Anaemia is a significant burden to many patients with MDS. It may impair a person’s ability to perform normal tasks due to exhaustion or fatigue and may exacerbate coexisting medical conditions like heart disease or respiratory conditions. Measures taken to optimise or improve haemoglobin levels are vitally important, particularly in patients with low-risk MDS who may have to live with the anaemia for many years.

Red cell transfusions remain the most frequent way in which anaemia is managed in patients with MDS. Although safe, regular transfusions may cause iron overload which may then need to be controlled. Also, regular red cell transfusions schedules are time consuming and carry the inconvenience and burden of travel to and fro from the hospital for the patient.

Erythropoieis stimulating agents (ESAs) are therapeutic drugs that improve haemoglobin levels. They have the potential to reduce the frequency or the need for red cell transfusions and may improve or maintain a patient’s quality of life.

Clinical guideline groups have defined the role of these agents in the management of MDS including those published by the British Society of Haematology, the European LeukemiaNet and the National Comprehensive Cancer Network. Recent clinical trials have highlighted the effectiveness and safety of new ESAs and this article will highlight the salient points relating to the use of conventional and novel ESAs in the setting of MDS.

How do Erythropoiesis Stimulating Agents work?

Erythropoietin (EPO) is a naturally occurring hormone produced by specific cells in the kidneys in response to low levels of oxygen in the blood. It plays a vital role in promoting and controlling red cell the production (erythropoiesis) by the bone marrow.

Pharmaceutical companies have manufactured recombinant EPO (rEPO) including erythropoietin-alpha, erythropoietin-beta and Darbopoietin using DNA technology since the late 1980s. When rEPO is administered by a simple injection under the skin (subcutaneous injection) it leads to an increase in haemoglobin levels which may result in therapeutic benefit to the patient.

Since the 1990s clinical trials demonstrated that rEPO can be safely used to improve haemoglobin levels in patients with low-risk MDS. Numerous clinical research groups have confirmed the clinical efficacy of rEPO in patients with low- risk MDS. Better responses to rEPO have been reported in patients with baseline EPO levels of less than 200U/L, and a MDS diagnosis other than refractory anaemia with ring sideroblasts (RARS)2.

Other factors influence response to rEPO in patients with MDS. These include shorter time from MDS diagnosis to treatment, a low transfusion requirement prior to commencing rEPO treatment and a low risk disease defined as IPSS low and intermediate-1, and fixed dosing of rEPO3. 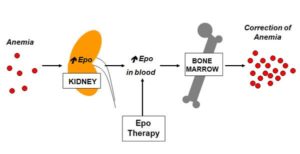 Granulocyte colony-stimulating factor (G-CSF) is a growth protein that stimulates the production of neutrophils (a type of white blood cell) in the bone marrow. Like rEPO, it is manufactured using DNA technology and has to be administered as a subcutaneous injection.

A number of clinical studies have demonstrated that rEPO and G-CSF work together to improve haemoglobin levels in patients with MDS, with response rates of approximately 50%! The combination may be particularly beneficial in patients with RARS, or patients who fail to respond, or have only a temporary response to rEPO alone.

How will my haematologist decide if I need an ESA?

A validated predictive score which takes into account monthly red cell transfusion requirement, and baseline serum EPO levels of patients before starting an ESA treatment can be used to establish if a patient is likely to respond to ESA therapy7.

Haematologists use this metric to aid their decision making. Patients with predictive scores of 0 to 1.0 have a relatively high chance of responding to ESAs (predictive responses of 74% and 23% respectively) and should be offered rEPO if they are anaemic. However, patients with a score of 2.0 generally have a relatively low chance of responding to ESA (less than 10%), and rEPO is generally not recommended for patients with this predictive score.

What is the optimal dosis of erythropoiesis stimulating agents for each patient?

Typically, patients with low-risk MDS with the exception of RARS (refractory anaemia with ring sideroblasts) should initially start rEPO at 30,000 units/week but lower doses may be recommended in patients with impaired kidney function.

If a response is not achieved after 8 weeks the dose should be increased to 30,000 units twice weekly or 60,000 units/week for a further 8 weeks.

Patients with RARS, and patients who fail to respond to single agent rEPO should be considered for rEPO and G-CSF. The typical starting dose of G-CSF in this setting is 300 micrograms once weekly with the aim of increasing the neutrophils count to no more than 6 to 10×109/L. Doses of G-CSF should generally not exceed 300 micrograms three times per week.

How will my haematologist assess my response to erythropoiesis stimulating agents?

Patients receiving ESA should have their response to erythropoiesis stimulating agents assessed after a maximum period of 4 months of therapy. Clinical responses are usually assessed by documenting improvement in haemoglobin levels, and or reduction in red cell transfusion requirement. Defined criteria for response include:

Patients who achieve a sustained complete response may have their ESA dose slowly tapered down by their treating haematologist to the lowest dose that sustains the response.

Patients who lose their response to ESA may require reassessment of their MDS disease status with a bone marrow biopsy, full blood count and blood film examination in order to exclude the possibility of progression of their disease.

Luspatercept and its analogue Sotatercept are two new ESAs. Both drugs are manufactured using DNA technology, and like rEPO they have to be administered by subcutaneous injection.

However, they both work in a distinctly different way to rEPO and both drugs promote late-stage red cell production in the bone marrow by binding to proteins from the transforming growth factor β family.

Promising efficacy and safety data from phase 2 clinical trials has recently reported and both drugs appear to be particularly effective in patients with RARS, MDS with SF3B1 mutation or both. In the PACE-MDS trial, patients with low-risk MDS and anaemia, (with or without the need for red cell transfusion) received Luspatercept at various doses every 3 weeks. Although the total number of patients in the study was relatively small, 63% of 51 patients who received Luspatercept at higher doses experienced improvement in their haemoglobin and 38% of 42 patients achieved transfusion independence as measured by trial criteria9. A randomised placebo-controlled phase 3 multicentre clinical trial to determine the safety and efficacy of Luspatercept was initiated in 2016 and is ongoing.

In a recent phase 2 study Sotatercept was administered to 74 patients with low-risk MDS who were red cell transfusion dependent. Patients recruited to the study had either lost response, had no response, or were predicted to have low chance of response to EPO. The investigators reported improvement in haemoglobin in nearly 50% of patients, and responses were sustained without the need for red cell transfusion for at least 56 days in 7 out of 12 patients (58%) with low transfusion requirements.